When Is an Arrest Wrongful? 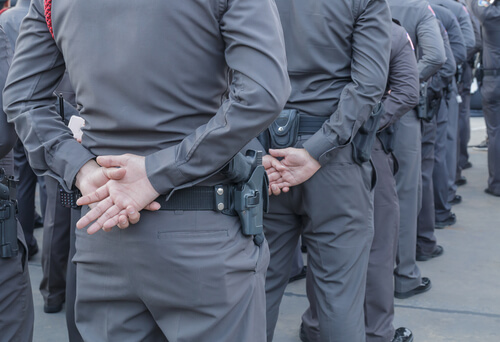 False arrests, sometimes referred to as wrongful arrests, happen when police detain a person without a legal justification for doing so. Law enforcement officers are not the only ones who can falsely arrest others. Regular citizens are also guilty of false arrest when they detain people against their will. False arrest is a crime, and victims can sue for civil damages.

What Constitutes a Wrongful Arrest

Most cases of wrongful arrest don’t get discovered until after the arrest when the case gets presented in court. Once this occurs, the parties involved typically file a lawsuit against the township, police department, and the arresting officer for damages.

Yes, a person who believes that they were wrongly arrested can resist the arrest. They should tell the arresting officer that the arrest is wrong. The officer is then supposed to allow the suspect to present evidence that proves his or her innocence. If the evidence proves innocence, the officer cannot legally make the arrest. If the person does not present any evidence, failing to cooperate with the arrest may result in a resisting arrest charge.

Are Americans Protected from a Wrongful Arrest?

What Damages Can Be Recovered in a Wrongful Arrest Lawsuit?

A person who is wrongfully imprisoned can sue for damages. It is important to note that if the person who is arrested pleads guilty, he or she forfeits the right to sue. The damages for which people can sue include the following:

Wrongful arrests in Michigan happen regularly. Avoiding these types of arrests is difficult when the person who is arrested cannot prove their innocence. Anyone who believes that they were falsely arrested should contact a civil rights attorney to discuss his or her legal options.