Can I Sue for Emotional Distress Caused by Excessive Police Force in Michigan? 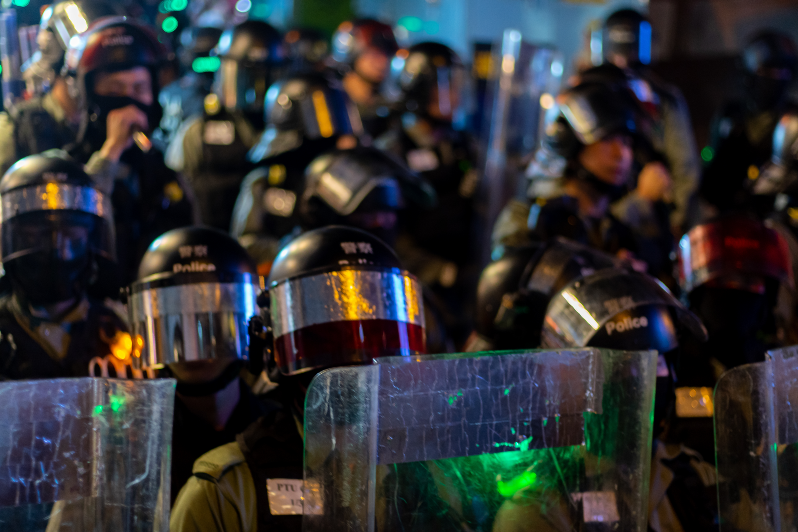 Being the subject of an arrest can be a traumatic experience, especially if an officer uses excessive force. The use of excessive force violates your civil rights according to the Fourth Amendment. Many want to know whether they can sue for the emotional distress brought on by excessive force.

Generally, citizens can successfully sue police for emotional distress caused by excessive force if an officer intentionally or recklessly acts in a way that causes emotional injury. If officers cause emotional distress through a negligent act, victims are also able to sue. Consulting an experienced police brutality attorney can help you navigate your case.

What Is Excessive Police Force?

The Fourth Amendment of the U.S. Constitution protects citizens from unreasonable searches and seizures. Police officers who use deadly force are in violation of this amendment. An officer’s use of force must be reasonable to maintain a suspect’s civil rights. The use of excessive force can result in broken bones, wrongful death, or psychological trauma. In essence, excessive force is when an officer uses more power than necessary to subdue an individual.

To prove that an officer intentionally caused emotional distress, you must show evidence that three things occurred:

This type of action must be more than annoying or offensive. Extreme behavior goes beyond human decency. Conduct that qualifies as extreme is determined if a reasonable person in the same situation could not tolerate the emotional pain. Courts determine whether the behavior was extreme case by case. Generally, courts base their decision on whether the officer knew the plaintiff was susceptible to emotional distress or if this was an isolated incident.

Extreme or outrageous behavior may be actionable if the officer either intended to cause or recklessly disregarded the likelihood that the behavior would cause emotional distress. Conduct that is mean or spiteful is not sufficient evidence. Essentially, if an office commits an act that would cause harm, like throwing someone against a car, they would be acting intentionally and recklessly.

Emotional distress is considered severe when a reasonable person in the same position as the plaintiff would also be unable to cope with the pain. The intensity and duration of the officer’s conduct are also considered when determining this factor.

You’re also able to sue police officers if they cause emotional distress through negligence rather than reckless behavior. For this to occur, the officer must owe a “duty of care” to the victim. A court would then decide if the officer had a special relationship with the victim, distinct from general police responsibility to the public.

Types of Excessive Force That Lead to Emotional Distress

Physical coercion or harassment can make a victim feel uncomfortable, and false arrests are common reasons for emotional distress. Wrongful search and seizure and bias-based policing can also cause psychological trauma to victims. Physical injuries that lead to depression or anxiety can be a reason to sue as well.

However, some states require victims to have a physical injury when suing for emotional distress caused by excessive police force. The injury could be caused by the officer’s conduct or a physical result of emotional trauma. Additionally, courts may be more likely to require physical harm in negligent infliction claims. Even if a bodily injury is not necessary for a claim, it may be easier to prove if the case goes to trial.

If you were the victim of police brutality and are experiencing emotional distress, it’s crucial to find the help you need. The attorneys at the Michigan Legal Center have been practicing law for more than 20 years and care deeply about each client and case. We do whatever it takes for you to receive the compensation you deserve.

To schedule a free consultation, call 248-886-8650, or complete our online contact form. Our knowledgeable legal team will work tirelessly to fight for you and your case.