The Relaxed Standards of School Bus Drivers in Michigan 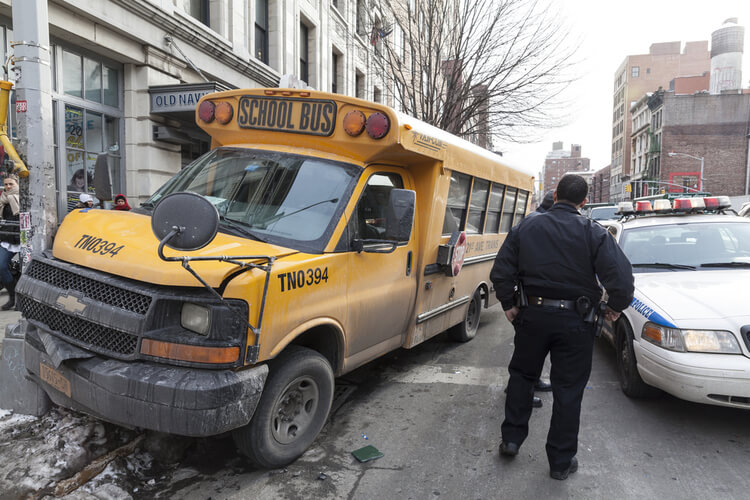 School is in session in Michigan, and thousands of parents are putting their children on buses across the state, but do they know who is driving their child to school? Here is a better question: If you knew that your child’s bus driver had a medical condition that disqualified them from operating a commercial truck, would you still put your child on that bus?

Would you put your child on a bus with a driver who has less than the recommended number of safety hours logged, a criminal history, or an unsafe driving record? When looking directly at these questions, any concerned parent would say, “No way,” however, it is possible that you are already doing so unknowingly. Numerous loopholes exist that allow school bus drivers to get away with much more than a commercial truck driver.

These issues have incited the litigation of numerous tragic bus accidents over the past two decades. To many parents, it is questionable — at the least — that a school bus driver requires less training to drive children around than to deliver produce to a grocery store on a commercial truck.

The Federal Motor Carrier Safety Administration (FMCSA) has enhanced safety regulations to make buses and commercial trucks safer on the road for the public, but they don’t apply any of these to school bus drivers.

The reasoning behind this is the fact that school bus drivers do not cross state lines (except when they go on occasional out of state field trips). All school bus routes are local, and they generally last for only 5 to 10 miles from the actual school. The following are FMCSA implemented safety regulations for school bus drivers:

One could make the case that school bus drivers face just as much or even more onerous tasks than commercial truck drivers. These individuals must navigate tight local roads and operate a large bus that has blind spots similar to those of an 18-wheeler. All the more important, school bus drivers often operate their vehicles with small children nearby and with — what could be — dozens of child passengers aboard.

In 2016 a school bus driver veered into oncoming traffic and caused a fatal accident. It was found out later on in the investigation that the bus company knew that his recent medical history posed an issue, but they still allowed him to drive a school bus full of children.

Another bus driver had numerous complaints to their local board of education about the driver’s behavior and demeanor to the children on his bus, but they refused to remove him from the driving roster. Soon thereafter, the same driver caused a crash that killed six elementary school students.

How to Protect Your Children

While one cannot honestly state that all bus drivers have questionable criminal and medical histories, it is vital that parents ensure the safety of their children by becoming knowledgeable of their bus drivers. Sixty bus drivers are involved in car accidents daily, totaling to over 22,000 school bus accidents annually. Even after doing your due diligence, there is no surefire way to prevent vehicular accidents. If your child suffers an injury in a school bus accident, trust Michigan Legal Center to bring the responsible party to justice.

Our qualified attorneys are abreast of all FMCSA regulations. We can use our extensive knowledge of the legal system and past rulings in school bus accidents to help you secure fair compensation for your damages. Contact the car accident attorneys at Michigan Legal Center for a free case evaluation today.