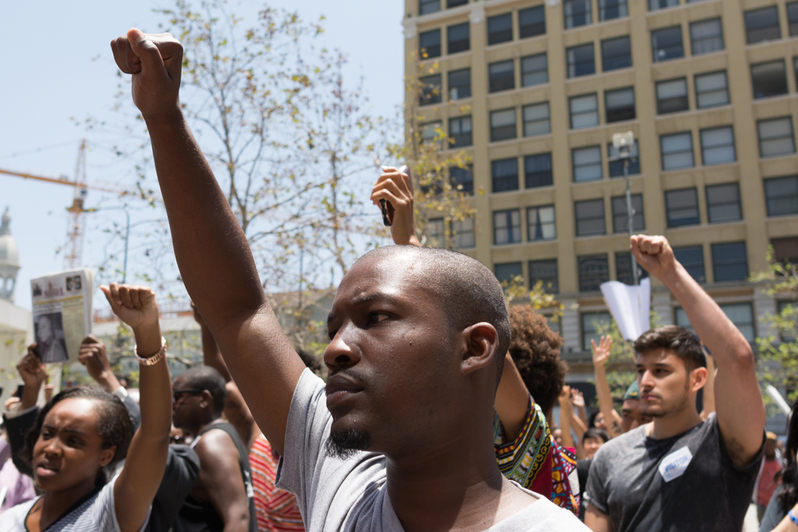 If you’ve watched the news or opened a social media feed over the past few months, you are aware of the fact that the country is in a state of unrest. Individuals of all races have taken to the streets to protest for civil rights. The reasons for the protests across communities, however, could not be more different. In some areas, primarily white individuals are protesting for their rights to open their businesses and go without masks in public in the midst of the COVID-19 pandemic. In other areas, primarily Black individuals are protesting against police brutality and the senseless murders of innocents.

Although most protests across the United States have been peaceful, some have turned violent. As a result, the question has been raised: Are armed protests by Black people treated differently?

What Rights Do American Citizens Have to Protest?

Every citizen of the United States holds the right to protest. In some cities, you must obtain a permit to hold a protest. If you do not, you can face criminal charges. Furthermore, every American has the right to bear arms. Meaning, they have the right to possess a weapon for their personal defense. In states with open carry, including Michigan, it is perfectly legal for an individual to carry a weapon in a protest.

The issue that many protesters run into is that the word “peaceful” is open for interpretation by law enforcement. At any time a law enforcement official feels that the protest is turning violent, they can press charges or take action. Many individuals who participate in protests face charges such as:

In recent months, it has been observed that significantly more Black Americans face charges for protesting than white Americans.

After the deaths of George Floyd, Breonna Taylor, and many others, protests demanding police reform and the end of police brutality broke out across the United States. The majority of these protests took place in large cities and populous metropolitan areas during the daytime. Looking at the events documented by major media outlets, very few non-violent protests made the news.

Unfortunately, some people took advantage of peaceful daytime protests and used them as a springboard for looting, rioting, and violent behavior as soon as the sun went down. It was these acts of violence that made the daily news.

How are Protests By Black Americans Treated?

When law enforcement takes forceful action against protesters without just cause, it is a violation of their civil rights. If you’ve been involved in a protest where law enforcement violated your rights, it is essential to consult with trusted legal representation as soon as possible.

Experienced Civil Rights Attorneys in Michigan Fight for You

Being able to express your concerns and fight for your civil rights is the epitome of what it is to be an American. Any time those rights are violated, you have a viable case on your hands. If you are facing charges for protesting peacefully or legally protesting with a firearm, you need a knowledgeable civil rights attorney on your side.