Car accidents in Michigan can end with brain damage 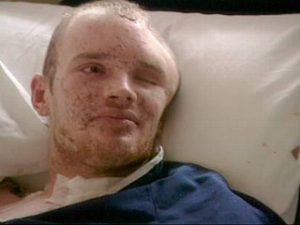 Brain damage is defined as the destruction or degeneration of brain cells. When a person has sustained a brain injury, depending on the type of injury sustained, it can range from a wide range of internal or external factors.

Brain injuries can result in serious impairment or disability. Although, not all brain damage ends in permanent disability, those which do have a serious impact on a person’s quality of life. Serious brain injury can cause speech problems, movement problems, hearing problems, blurred vision, communication problems, affect the ability to control emotions, affect a person’s ability to think, cause personality changes, result in a coma, result in a vegetative state and many other consequences that can result in long-term effects to those afflicted with a brain injury.

Brain damage resulting from a car accident can result from head injuries sustained during the impact of the collision between cars and other objects. The causes of these types of injuries can vary. A foreign object can enter the brain and cause damages to it. A blow to the head, such as hitting a windshield or dashboard, can result in brain damage. These types of injuries are categorized as TBIs.

Brain damage, TBI, that can result directly from a car accident (known as primary brain damage) may include breaking of the skull bones, contusions/bruises on the brain, blood clots can occur in the brain or between the skull and brain, lacerations that are tears in the brain, and nerve damage. Brain damage that can evolve over time after a car accident (known as secondary brain damage may include brain swelling, epilepsy, hematoma, increased pressure inside of the skull, anemia, abnormal blood coagulation and other injuries that do not appear immediately after a car accident.

Car accidents are the cause of over half of TBIs which are reported.  When car accidents result in a TBI are caused by the negligent or other wrongful actions of another, victims may be entitled to compensation for their injury.