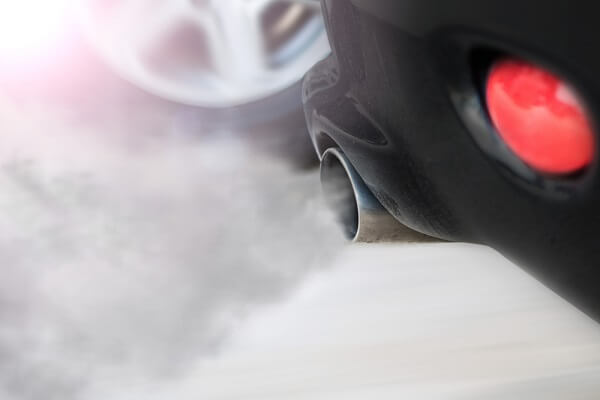 A major lawsuit presented to Ford Motor Co. states that a common defect found in most Ford Explorers is causing poisonous gas leaks that have affected more than 400 people. Claims filed to the National Highway Traffic Safety Administration, or NHTSA contain reports of people stating the fumes have made them incredibly sick and unable to drive properly.

One of the most deadly cases of this defect includes the traumatic injury of a Newport Beach police officer. Due to the inhalation of the dangerous fumes the car was emitting, the officer passed out and incidentally drove the car into oncoming traffic leading to a massive crash. Luckily, the officer was cut out of the vehicle and saved, but if it was a split second sooner, according to a lawyer, the officer would be in the path of a head-on-collision.

According to the officer’s dash cam, it shows the officer’s Explorer swerve into oncoming traffic after the officer inhaled the fumes, felt nauseous, and passed out. Fortunately, the driver could be removed from his car after it was found wrapped around a tree. The officer’s attorney stated, “Here’s a deadly weapon being driven by nobody because they have carbon monoxide poisoning.”

During the crash, McDowell suffered a serious brain injury. A faulty exhaust system may be to blame for the poisonous gas released in the Explorer. McDowell’s attorney states that this defect could affect every Ford Explorer on the road. Investigators ran a number of tests and could not find anything wrong. “Only thing that makes sense is that he got carbon monoxide poisoning from this event,” stated McDowell attorney.

Though this officer has been on the force for the last five years, this accident has severely limited his professional development. McDowell has been stuck behind a desk and not on active duty since the car crash.

Brian McDowell has decided to move forward with a lawsuit against the Ford Motor Co. Every Explorer released from 2011 to 2015 are affected by this problem. His attorney advised all other Explorer owners to sell the car. He said, “Don’t try to get it fixed because there is no fix for this.”

The following statement was released by Ford:

“We take the safety of our customers very seriously and will cooperate with NHTSA on this investigation, as we always do. In rare circumstances, there have been instances where customers detected an exhaust odor in Explorers. While it poses no safety risk, customers can and are encouraged to contact their local Ford dealer to address any concerns.”

Ford Explorers have not, as of yet, been recalled. McDowell’s attorney stated that they would leave the decision up to the courts.

If you have suffered injuries or sickness due to poisonous gas leaks from vehicles, then a lawyer can help you find compensation. Contact Michigan Attorney Christopher Trainor & Associates for a consultation.