Top 3 Things You Need to Know About Michigan Bicycle Lanes 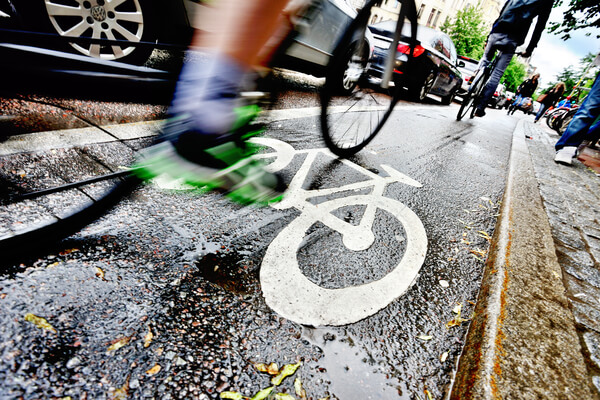 Bicycle lanes have been implemented in Michigan as a way to improve safety for bicyclists and motorists alike. In the past, bicyclists were restricted to sidewalks and if they dared to join regular traffic, risked being bullied off the roads or even being struck. Designated bike lanes are becoming more and more of a norm nationwide and it is important that drivers are aware of how to share the roadways with bicyclists. We have pointed out the top 3 things every driver should know about bike lanes in Michigan to help make our roads safer.

Before bicycle lanes were implemented, bicyclists had to commute on roads at their own risks. Now that bicyclists are welcomed to share the roads with other vehicles, it is important that motorists are aware of the hand signals that bicyclists use to avoid a bicycle accident. These signals are:

Bicyclists are allowed to commute on all local roads unless it is clearly stated otherwise. Limited access highways and restricted roads are examples of such roads. This means that bicyclists can commute on roads that may not have a designated bicycle lane without breaking the law. They also have the same rights and duties as the driver of any vehicle, meaning that they are allowed to leave their lane in order to avoid hazards or make a left turn.

It is important that motorists pay attention to green pavement markings. These markings indicate areas where drivers should use extra caution as they may conflict with cyclists. An example of such an area is a turning lane. When merging into a turning lane, motorists are forced to cross over a bicycle lane, putting cyclists at great risk of being struck. It is expected that you practice great caution and yield to any occupants of the bike lane.

Bike lanes were implemented to make the roads safer but can lead to devastating accidents if commuters are unaware of particular road rules. If you are ever injured in a bicycle accident, we urge that you have your injuries addressed immediately by a medical professional. Then, get in contact with a bicycle accident expert at Michigan Legal Center. Together, we can discuss your accident and discuss your legal options moving forward. Give us a call at (800) 961-8477 or visit us online for a free case evaluation.