Driverless Cars Are Having Problems with Bikes 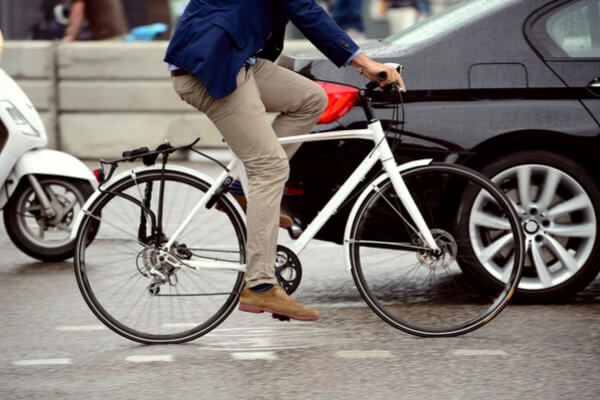 It’s no mistake to believe that driverless cars will soon populate American roads, but the technology isn’t quite there yet. Statistics show that driverless vehicles are less capable of detecting bicyclists, therefore unable to avoid hitting them. Although autonomous car technology will theoretically help decrease the number of auto accident fatalities and injuries, it doesn’t mean that they will be nonexistent.

According to Kevin Murnane, Forbes contributor, 26% of bicyclists go undetected by driverless cars. According to demonstrations at the 2017 North American International Auto Show, the driverless car system could detect fast and slow-moving vehicles, but couldn’t predict the direction of bicyclists. Although the current figures on the percentage of bicyclists that autonomous cars can detect is an improvement from the original statistics, they will likely remain in the lab until that percentage is much lower.

It’s apparent how bikes differ from trucks and cars when it comes to size, but what one needs to consider is how the bicycle moves. Bicyclists rarely travel in a straight path and they have movement patterns that can be considered sporadic. This is where the problem arises.

According to Murnane, bicycles are designed to move fast and are capable of making unexpected movements and turns. This is why the driverless cars have problems calculating a bicycle’s path and movements. Many companies are working on creating a smart system for bikes that will allow them to accurately send information to driverless car systems to help fix this issue. The goal is to ultimately get driverless cars to better predict a cyclist’s movement.

Driverless cars are here and car companies are rapidly developing technologies to make them mainstream. Although autonomous vehicles have yet to populate public roads, one must still protect themselves from negligent drivers who willingly endanger the safety of others. If you suffer injuries in an auto accident, be sure to reach out to a Michigan personal injury attorney. Michigan Legal Center has been around for over two decades and can provide substantial legal representation. Contact the car accident attorneys at Michigan Legal Center for a free case evaluation to discuss your legal options.