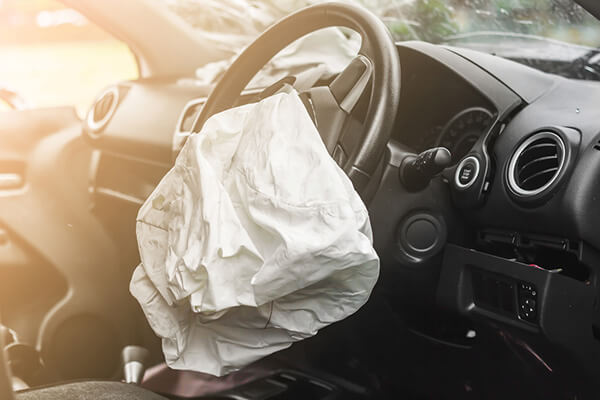 The Takata Corporation is a Japanese company responsible for producing automotive parts used around the world. Car manufacturers like Nissan, Ford, Mazda, and BMW produce vehicles that use Takata parts. In 2015, three company executives were suspended due to their involvement in covering up reports of faulty airbag inflation that led to injury and death. The airbags, which were inflated using ammonium nitrate, were allegedly exploding in certain, humid conditions. These explosions could send chemicals and shards flying at passengers who would have little way of avoiding harm. So far, 16 deaths worldwide – 11 in the United States – are linked to these exploding airbags, with at least a hundred injuries reported.

According to United States Attorney Barbara McQuade, the three executives responsible for covering these events discussed how to alter reports via e-mail. These reports were sent to their automaker clients without containing data the officials deemed inconvenient. Due to their actions, the men now face charges of conspiracy to commit wire fraud and wire fraud already committed. Japanese authorities are working with the Department of Justice to secure an extradition to the United States.

Along with the three executives, the Takata Corporation formally agreed to take responsibility for the event, pleading guilty to the wire fraud charges and paying a 1$ billion penalty. The fee will break up two ways: $975 million will be in restitution, which means the victims will be repaid by the company’s negligence. The remaining $25 million will be paid as a fine. This charge comes one year after the National Highway Traffic Safety Administration (NHTSA) fined Takata $200 million for not alerting the organization of the defect.

The resulting airbag recall was considered the largest in United States history, involving over 30 million units. Takata and several automakers who withheld information from the NHTSA are now defendants within these charges, facing litigation from multiple districts that include personal injury victims and car owners who faced decreased car values from the exploding airbags.

Takata’s lawsuit is an extreme case of how negligence from an auto parts manufacturer can lead to widespread, serious injury. If you experienced harm from a car accident caused by a vehicle defect in Michigan, a personal injury lawyer can help you find the compensation you need to recover. Contact the Detroit Michigan personal injury attorney at Christopher Trainor & Associates for a consultation.