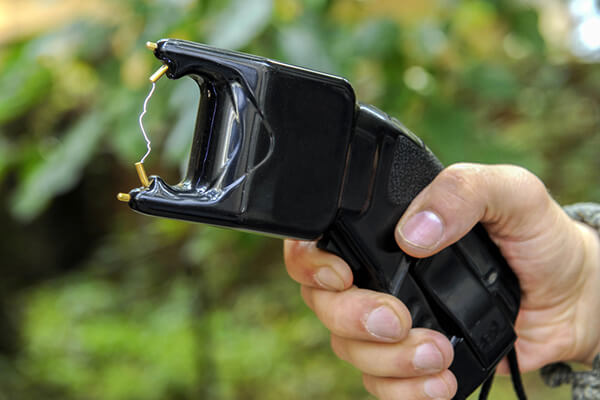 Adding a New Tool To the Detroit Police Department

These last few years have seen a great dispute over many police departments’ stance on using force against the citizens they are tasked with protecting. Many notable cases in which police may have gone far past what was required and the resulting consequence has been that of a dead citizen have spurned the debate over what a police officer should do when faced with a threat. Though better training regarding de-escalation as well as proper use of firearms has been thoroughly touted as the beginning of the end for police violence against unarmed citizens, Detroit PD is looking for an additional alternative to help stem the flow of violence.

A New Less Lethal Tool in the Detroit PD’s Arsenal

The department is turning its focus towards providing officers with less-lethal means of subduing suspects and protecting themselves in the face of danger, by equipping officers with tasers. Tasers function by shooting two prongs attached to a set of wires, which when fired pierce a possible assailant’s clothing and skin while delivering a shock of 50,000 volts of electricity, causing loss of fine motor control while effectively incapacitating a person. The tasers are considered a less that lethal weapon, as most people in which they are employed against fully recover from the incident, though there have cases in which the large shock causes an individual to unfortunately pass away, in part due to heart failure. This and the potential for abuse of the taser by officers has many concerned as to whether the Detroit PD should spend the money on the somewhat controversial tool or use the funds in a way that will help reduce police violence while not giving another weapon to use against citizens.

Tasers Work Well in Other States

States that have already employed the use of tasers within their police force have noticed a significant drop in the number of fatalities caused by officer’s use of force. The city of Seattle witnessed its first year without an officer involved shooting the very year their taser program was rolled out. Other cities known for their disproportionate numbers of police violence and use of deadly force have seen similar benefits, such as the 50% drop in use of deadly force recorded by the Phoenix PD in Arizona.

The Detroit Police Department is delaying its final decision on the matter until it is able to hear from the citizens of Detroit with a scheduled forum taking place in the near future. If you believe you have experienced a case of violence or police brutality, contact the Michigan lawyers at Christopher Trainor & Associates today.