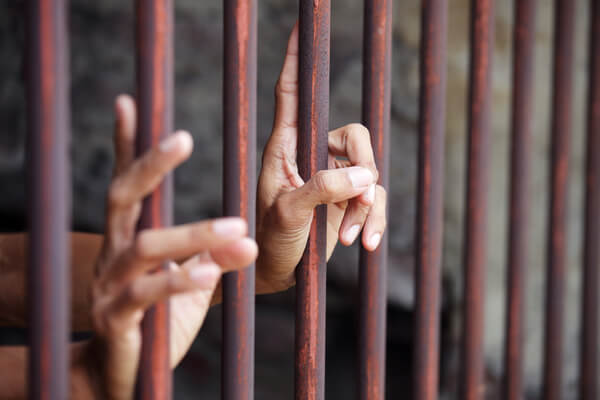 August 29, 2017 — Brutal surveillance video footage from within the Van Buren County Jail in Paw Paw, Michigan reveal that staff disregarded an inmate’s epilepsy and accompanying medical instructions when they assigned him to a top bunk.

In the video, you can clearly distinguish the inmate — Ron McKie — falling from a top bunk in his jail cell and hitting his head. McKie suffered horrible injuries after suffering a seizure that caused him to plummet. He endured a broken nose, cracked eye socket, a broken shoulder, and head injury just three days after being reassigned to a top bunk. McKie complained to staff that he needed a bottom bunk due to his medical condition, but staff ignored his request.

McKie sought the legal counsel of attorney Christopher Trainor to sue the Van Buren County Jail for his pain and suffering. After receiving treatment for his physical injuries, he continued to suffer from headaches, memory problems, and blurred vision. The inmate’s poor condition could easily have been avoided had the staff adhered to the medical instructions they received.

Jail documents obtained through the Freedom of Information Act show that staff at the jail signed specific instructions requiring McKie to be assigned to a bottom bunk. He began his sentence in a bottom bunk until October 9, 2015 when he was reassigned to the top bunk. After he complained about it, McKie recollects being told “Too bad. Deal with it.”

Ron McKie was initially jailed for a sentence of 180 days for a felony break-in. The lawsuit he is bringing forward with Christopher Trainor seeks $75,000 plus costs, attorney fees, and interests, to compensate his injuries and pain and suffering.

If you or someone you know has suffered at the hands of negligent jail staff, it’s important to seek legal representation. Everyone makes mistakes. Sometimes, these mistakes lead to severe consequences. Inmates who are housed in a county jail or state prison have the right to be treated with dignity. Attorney Christopher Trainor and his staff focus on serious personal injury cases throughout Michigan and have extensive experience pursuing claims for police brutality and jail injuries. Contact Christopher Trainor & Associates at the Michigan Legal Center by calling 1-800-961-8477 or reach out to us online for a free personal injury consultation.