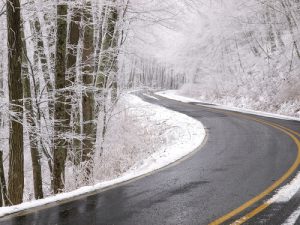 Brutal Midwest winters are no secret. Since the first winter storm of the season, the city of Detroit has had its share of tragic car accidents, with one 40-car pile-up taking the lives of three people as early as December 8th. Reduced visibility and slippery roads are among the top hazards motorists face when driving in the wintertime. Winter car accidents are responsible for over 1,300 fatalities a year and over 116,000 injury accidents.

Regardless of how many winters you’ve weathered, driving on slick, icy roads doesn’t become safer with experience. This year, Detroit is taking a few key precautions to keep drivers safe during what is looking like a long, snowy winter season.

Icy roads present a significantly dangerous threat throughout the heavily-populated Detroit metro area and are responsible for dozens of injury car accident cases a year. The Michigan Department of Transportation has issued warnings alerting drivers to expect the slick conditions, but no matter how much you anticipate driving on slippery roads, there is always the possibility of losing control of your vehicle. To help drivers get through another rough winter, MDOT has issued 44 drivers to check icy roads, salting as necessary per the conditions present. MDOT also advises drivers to be extra focused on their driving in these conditions, by using two hands to steer at all times and put technological distractions away.

Snow Plows to the Rescue!

As early as November, Detroit was anticipating a long, white winter. The city purchased 29 snow plows to combat the heavy snowfall and replace some old snow plows that were not effectively collecting snow. The city invested 160,000 in each of these snow plows to ensure clear and well-salted roadways. Old snowplows are to be retired as the new ones are fully capable of not only scraping snow but spreading salt and pre-treating roadways for snow.

To protect citizens of Detroit, the city is operating over 50 snow trucks on the 673 miles of major streets and 1884 miles of residential streets whenever there is significant snowfall.

The city of Detroit would also like to warn residents that parking may be restricted throughout the city in areas where plowing takes place. If you have been injured in a Detroit winter car accident, the experienced attorneys at Christopher Trainor & Associates are eager to take your personal injury case. Call 1-800-961-8477 for a free case evaluation.