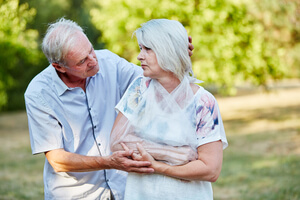 Medical errors are a leading cause of death in the United States. These errors cause almost 250,000 deaths nationwide per year. This happens in Michigan and every other state on the map. The situation is so dire that Michigan Department of Health and Human Services provides in-depth information for medical professionals concerning patient safety.

An older report by the Institute of Medicine highlighted the frequency of medical mistakes. Then, it was estimated that 44,000 to 98,000 people die in US hospitals every year, but recent reports indicate that more than one percent of hospital patients die each year due to medical errors. One percent sounds like a small number, but it equals 400,201 deaths per year, which is significant.

A separate report by The Hopkins team relied on information from four studies that researched medical death rates from 2000 to 2008. The team discovered a mean death rate for US medical errors. By applying this rate to the 35 million hospital admissions in 2013, they discovered that 251,454 deaths were caused by medical mistakes. The accuracy of this figure is questionable, however, because researchers were unable to collect data about medical error deaths that occurred in outpatient clinics, nursing homes, and other non-hospital settings in this study. Because of this, there is controversy about which estimate is the most accurate. However, the large numbers determined through both studies prove that not enough is currently being done to address the issue of fatal medical errors.

Another contributing factor to fatal medical errors is that patient safety is often overlooked in favor of other performance improvement mandates. Reforming the methods of reporting medical errors could make a difference in the prevalence of fatal medical errors because it could impose a higher level of accountability and responsibility on the medical professional. This would also help medical providers know more about where to focus prevention efforts.

To encourage accurate reporting, the Centers for Disease Control (CDC) has been asked to create a new death certificate format. The new format would make it easier for coroners, doctors, and medical examiners to report medical errors that contributed to a patient’s death. The change hasn’t been implemented, but the CDC acknowledges medical error deaths are under-reported.

Medical error deaths are an ignored epidemic. Lapses in judgment, incorrect diagnoses, and lack of skill or coordination are preventable complications that lead to patient deaths. Considering the efforts to reform the US healthcare system, these deaths should be nonexistent; but unfortunately, efforts to ensure safer medical care have failed.