What Happens If Police Lie to Cover Up Misconduct? 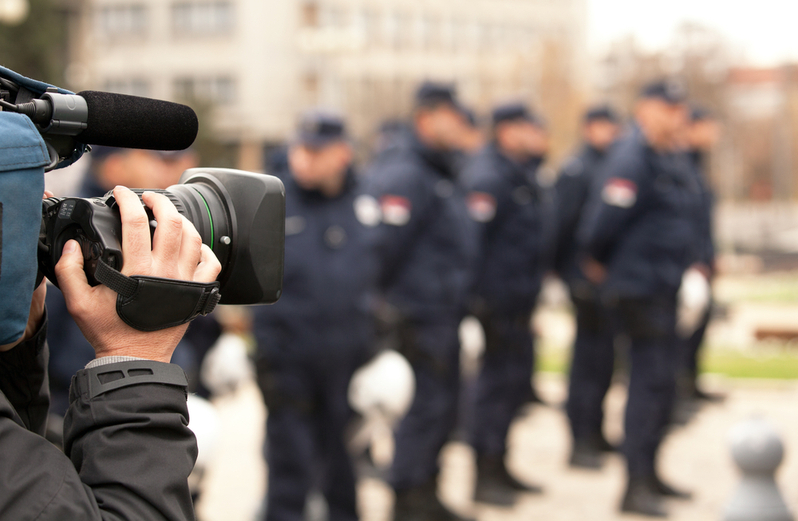 It can be frustrating and even scary for someone to face criminal charges for a crime they didn’t commit. To get convinced based on false testimony from police is even scarier. Any defendant surely knows that since law enforcement is assigned to protect and safeguard the community, the police automatically maintain a high degree of respect, and juries often trust them far more readily than a defendant being put on trial for a serious crime.

Police misconduct is nothing new, and there’s even a term for it: The blue wall of silence, or the unspoken code among officers not to report on a colleague’s errors, misconducts, or even criminal behavior. Many officers who get questioned about another officer’s wrongdoing have traditionally claimed ignorance of the situation.

While the blue wall of silence has made it more difficult to substantiate allegations of illegal conduct by law enforcement, it hasn’t been impossible. Today, it’s easier than ever to uncover police misconduct, now that many police departments require officers to carry cam videos to record all interactions with suspects and the public. Let’s take a closer look at how you can fight efforts by police to cover up illegal conduct, including police brutality.

Why do Police Lie About their Conduct?

Instances of police lying about how they conducted a case are well documented. The New York Times published an article that documented the many instances of lies told by police to gain a conviction. In some of those cases, judges or prosecutors concluded that a police officer had given false testimony.

Their lies varied, but some common ones included:

If the natural assumption is an officer would lie because they’re afraid of being caught for wrongdoing, that’s probably not the case. The blue wall of silence has made it difficult to actually find convincing evidence against a fellow officer. More likely, experts say, it’s because the officers want to avoid restrictions against an unconstitutional stop and frisk of a suspect. Their goal after the arrest is to help convict that person, and lying about the circumstances of the arrest is seen as advancing that goal.

But that also means lies by police increase the likelihood that innocent people get convicted. It also means that if solid evidence is discovered to prove that the police officer isn’t credible, that case can be dismissed and a guilty defendant can go free. Either way, a lie to help secure a conviction can backfire badly on the entire system and result in a miscarriage of justice.

How Have Police Cam Videos Changed This?

In May 2019, a Miami-Dade police officer got charged for forcefully arresting a woman, then making false statements about what happened. What got the officer in trouble was a video of the incident that went viral. His police bodycam footage and a cell phone video recorded by the woman’s friend showed the officer pushing the woman against a fence before grabbing her by the neck and pulling her to the ground.

After the videos were released, the officer was arrested and charged with official misconduct, a felony, for making false statements in his official reports. He was also charged with battery.

As more and more people own smartphones with video recording devices, it’s become far easier to record instances of police misconduct. One thing juries and judges understand is that videos don’t lie: they can see with their own eyes exactly what happened, and if it contradicts what the officer reported to his supervisors, the officer has a problem.

The bottom line is police officers likely choose to lie because they think they can get away with it, or that juries and judges will believe anything they say. That becomes harder if their behavior is caught on video or audiotape.

Fighting criminal charges is difficult under normal circumstances, but it’s made even worse when the police are willing to lie to convict you. That’s why it’s important to find an experienced criminal defense lawyer if you have a case that relies heavily on police testimony. Criminal defense attorneys know how to cross-examine police officers — and to get to the truth.