Why Are Hate Crimes Increasing In Michigan? 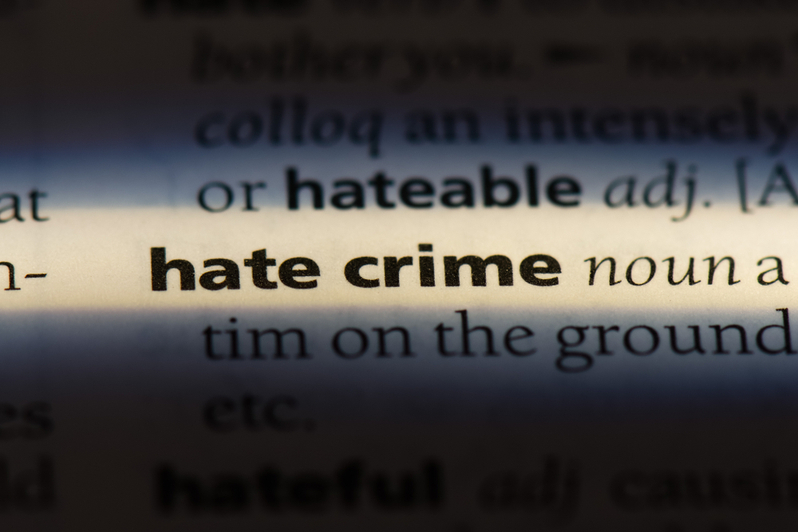 If you’ve watched the news at all over the last six months, you have probably heard the term “hate crime.” A hate crime, as defined by the FBI, is a crime where the perpetrator acted based on bias against the victim’s race, color, religion, or national origin. Most hate crimes are violent in nature.

Whether a hate crime is committed against someone because of the color of their skin or their religious practices, it is against the law. In Michigan, anyone who commits a hate crime can be charged with a felony.

The rate of hate crimes has increased steadily in the recent past. For two years in a row, the state of Michigan ranked fourth in the number of hate crimes in the United States. Specifically, in the year 2017, Michigan recorded 456 hate crimes, which was an increase from the 399 recorded in 2016. This data is gathered from law enforcement agencies that choose to report on hate crimes, so most civil rights activists believe that the actual number is significantly higher. Another alarming statistic regarding hate crimes in Michigan is the number of hate groups that call the state home. In 2018, the official count was 31.

Although hate crimes are nothing new in the United States, the dramatic increase over the past few years has caused many states, including Michigan, to take a look at the current methods they have in place to eradicate such heinous behavior.

What Is The Source of Hate In Michigan?

There are numerous conflicting theories on what has caused the increase of hate crimes in Michigan over recent years. A popular opinion regarding the source of hate is that Donald Trump’s presidency has made it possible for hate groups to come out into the light. Individuals who believe Trump is the root of these hateful acts feel as though he empowers those who engage in hate crimes because they see him as a “symbol of white identity.”

Since President Trump took office in 2016, crimes against LGBTQ+ communities, racial minorities, and religious minorities have increased. All too often, these crimes are violent and some have even resulted in death. Such criminal activity and loss of life is unacceptable anywhere, and certainly in the United States.

In response to the increase of hate crimes in the state, Michigan took action. The District Attorney’s Office implemented a Hate Crimes Unit and the Department of Civil Rights created plans to begin documenting hate incidents that don’t become a crime or civil infraction. These two initiatives showcase Michigan’s stance of intolerance against acts of hate. The lawmakers in the state want it to be known that they will not accept this type of criminal behavior or injustice. They hope they can reduce the cloud of hate hanging over the country through the work of the Hate Crimes Unit and the Department of Civil Rights.

Any person who has experienced a hate crime should know that they are entitled to justice because they have civil rights. Just because hate crimes are increasing across the United States does not mean they should be accepted. If you or someone you know is a victim of violent or hateful criminal activity, you should contact a trusted attorney as soon as possible to fight for you.

If you have been the victim of a hate crime and your civil rights have been violated, you need experienced legal counsel on your side. Our knowledgeable legal team will work tirelessly to fight for you and your case.

A free consultation might be just what you need to win the justice you deserve and take control of your future. Call 1-800-961-8477 or contact us online today.