The Facts Behind Police Brutality in Michigan 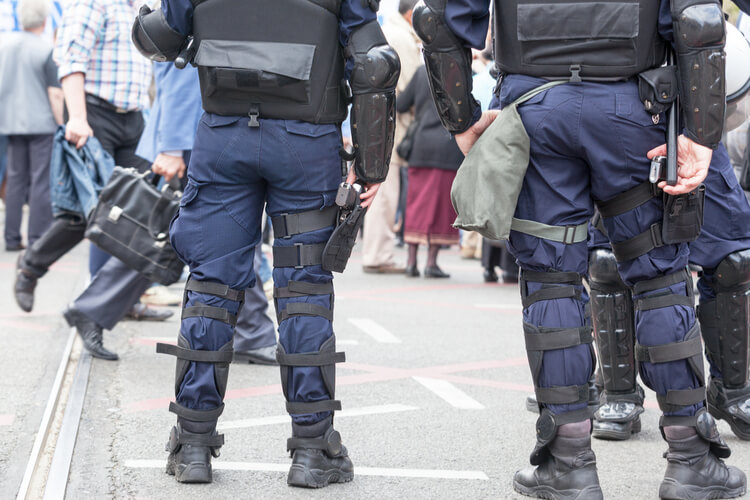 There are several types of police brutality, but they all involve the use of excessive force. The following are the most common of these crimes:

It’s very important for anyone who has experienced this type of injury or harm to contact a police brutality attorney immediately. If a police officer caused serious injury by any of these unjust means, it is essential to take legal action to protect your own rights. Police brutality can even occur if police deny a person medical care when it’s obviously necessary.

What Kind of Harm Can Come from Police Brutality?

Harm stemming from police brutality can stay with a victim for many years. Frequently, harm isn’t only psychological due to depression, anxiety, post-traumatic stress disorder (PTSD), and fear of police, but there are often physical issues as well. Police brutality can result in disabilities that emerge after a traumatic brain injury, spinal cord injuries, internal injuries, and broken bone injuries. These problems come with hefty medical bills that often take several years to pay off. Additionally, victims of such injuries are frequently unable to return to work or enjoy activities they once loved.

Acting quickly is important when you are the victim of police brutality. If there are any witnesses at the scene of the incident, get their names and contact information. If the incident occurred outside a store or other establishment, there may be video footage of it. Prompt action is crucial in a police brutality case.

The police brutality attorneys at Michigan Legal Center will fight every step of the way by your side to help ensure that you get justice. Our lawyers are well-informed about what the police can and cannot legally do. We are to make sure that when they do abuse their power, that they are held responsible for their actions. Among the top civil rights law firms in Michigan, our attorneys have taken part in thousands of cases, accumulating millions of dollars in settlements and verdicts for our clients. Contact us today for a free consultation with a Michigan police brutality attorney.