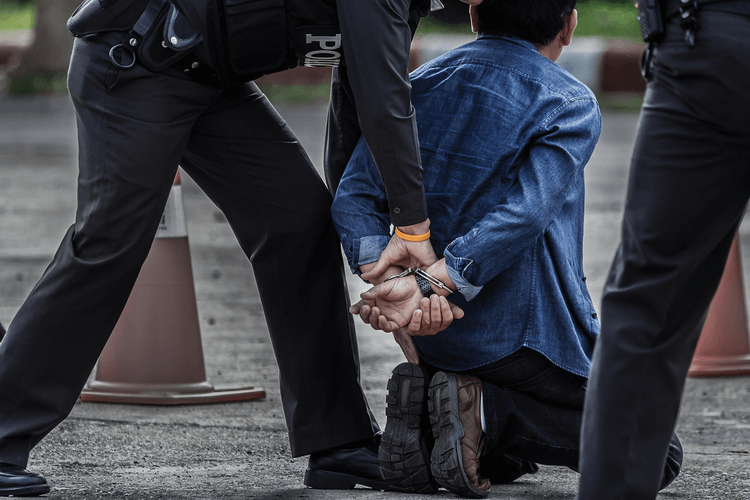 A 23-year-old man was violently arrested at a Meijer supermarket in Detroit, Michigan, while customers recorded the incident. The young man was hit with a baton multiple times, including in his face, resulting in a split lip and broken tooth.

The Detroit chief of police later watched the video after it was posted on YouTube. He defended the arresting officer, saying that he acted reasonably in apprehending the suspect, who was said to be aggressive.

At first, the police chief stated that the security guard at the store alerted the police officer that the man might have committed retail fraud. However, the man was later cleared of any type of theft.

The Actions That Led to The Aggressive Arrest

The police officer had been stationed at the store, where he works as a secondary job. This job is sanctioned by the Detroit police department.

The video footage shows the young man being struck multiple times and attempting to get away from the police officer. The chief stated that, in his opinion, it looked as though the suspect was trying to pull the officer by the baton to wrestle him to the ground.

There were several witnesses who had gathered around the scrum while the officer and young man struggled in the parking lot. One onlooker spoke in defense of the suspect and said the officer could go to jail for hitting him like that. That individual continued to say that he would testify against the officer for hitting the young man in that manner.

The suspect was heard saying, “You’re disrespecting my human rights” on the video footage while they moved to the parking lot.

The police officer repeatedly told the man he was under arrest and appeared to be restraining him with a hand to the man’s chest. When the suspect turned around while trying to get free, the officer struck him in the face, regaining control of the situation.

The police chief stated that the only fault he found with the actions of the officer was that he failed to call for backup earlier during the altercation.

After the struggle, the young man was taken to the hospital. Afterward, he was taken to the local jail and faces disorderly conduct charges and charges of resisting arrest or obstructing a police officer. He has no prior criminal record.

The chief of police said that the young man was angry because he didn’t believe he had done anything wrong. The police officer has been with the Detroit Police Department for 39 years. He was punished at least one time for use of excessive force, according to the police chief.

How You Can Defend Against Excessive Force

Police officers can only use the necessary force when detaining a suspect. The interpretation of what is necessary is up to them, but when video evidence shows excessive use of force, they need to be held accountable. Whether your case has video support or not, the civil rights lawyers at Michigan Legal Center can help seek justice on your behalf. Contact us today for a free case evaluation.