Why Do Juries Sometimes Acquit Police Officers in Brutality Cases? 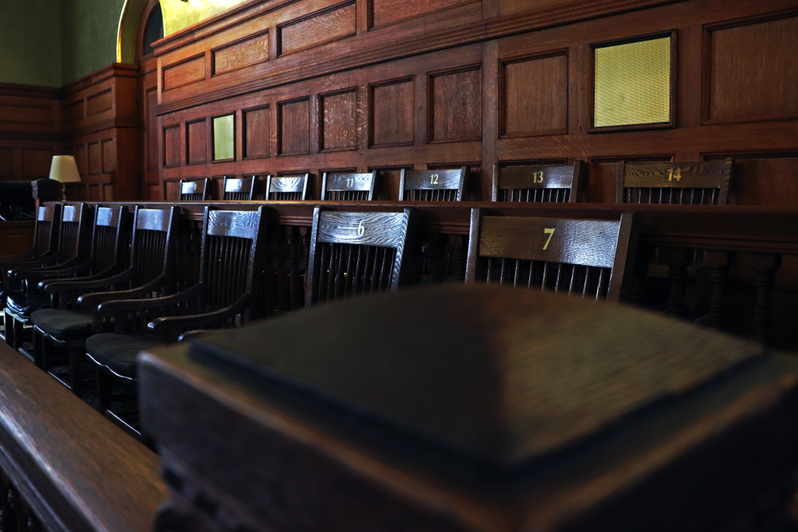 It’s known that jurors bring a lot with them when they’re in the courtroom, from their personal beliefs to how their life experiences have shaped them. Whether a juror admits it or not, every person seated on that jury has certain biases that are unique to their belief system.

Legal experts have noted for years that one pattern often holds true: jurors very often side with police in cases involving police brutality. Some high profile cases have generated plenty of media coverage even prompted protests and community outrage, but the fact remains: it can be challenging to convince a jury to convict a police officer of a criminal act, even if it includes brutality that leads to the victim’s death.

Let’s take a closer look at why some legal experts think this is the case.

Why Is It Difficult to Convict Police of Brutality?

In the summer of 2017, prosecutors in Hamilton County, Ohio announced that Ray Tensing, a former University of Cincinnati police officer, would not be tried a third time for shooting and killing an unarmed motorist during a July 2015 traffic stop. Tensing is white, while the victim was African-American. Prosecutors noted that in both Tensing’s first and second trial, the jury was racially mixed, and the African-American jurors voted to convict him of murder, while the white jurors did not, resulting in a hung jury.

When he announced his decision to drop charges against Tensing, Hamilton County Prosecutor Joe Deters said his polling of jurors convinced him he could never get a conviction. “So many things bled into the jury room related to race,” Deters said.

Legal experts say implicit bias plays a strong role in these jury decisions. An implicit bias, which is sometimes called an implicit stereotype, is when people unconsciously attribute certain characteristics to a member of a certain social group, shaped by their own personal experiences or learned associations. In other words, some jurors may be naturally predisposed to believe police officers are the good guys, or they may harbor negative stereotypes about African-Americans. And this has been a key factor, many legal experts and psychologists say, for why it’s so hard in racially charged trials to convict a police officer.  In the case of Tensing’s trials, prosecutors felt confident they had a solid case due to video evidence. They were proven wrong.

Why Kind of Biases Do Jurors Bring to Police Brutality Cases?

Two questions that jurors often get asked is “Do you trust the police?” and “What interactions have you had with police?” The reason is that legal experts understand that jurors don’t judge things in a vacuum. Jurors may collectively think police officers are working to protect their neighborhoods even if a few of them are bad apples. Media coverage of major events like the 911 terrorist bombings and how police responded to that tragedy can also influence their collective view of law enforcement.

Others may have concluded that police work can be dangerous and that it sometimes involves force. If people in a community generally have positive views of law enforcement, that’s going to be reflected in their decisions as jurors. They may feel inclined to give heavy weight to an officer’s word on the stand.

What’s Being Done to Address this Situation?

Because some of these cases have prompted outrage and protests, some police departments and state and federal lawmakers are trying to address the issue.

U.s. Rep. Steve Cohen, D-Tennessee, filed a bill in Congress that would mandate independent prosecutors in cases that involve deadly force by police officers. His goal was to remove any professional bias that a local prosecutor may have due to a positive daily working relationship with the local police department.

Some police departments across the country are reworking their training programs so officers can learn how to respond to potentially deadly situations. It may also be necessary to improve procedures for screening prospective jurors for potential biases, even those jurors who don’t think they have a bias for or against either law enforcement or those who become victims of brutality.

Police brutality remains a serious problem and can include excessive use of force by police when dealing with civilians, verbal and psychological abuse, and harassment and racial discrimination. If you were the victim of any form of police brutality and abuse, you can bring a civil action lawsuit against the officers who went outside their legal authority.