Have Police Learned Anything About Controlling Protests In Michigan? 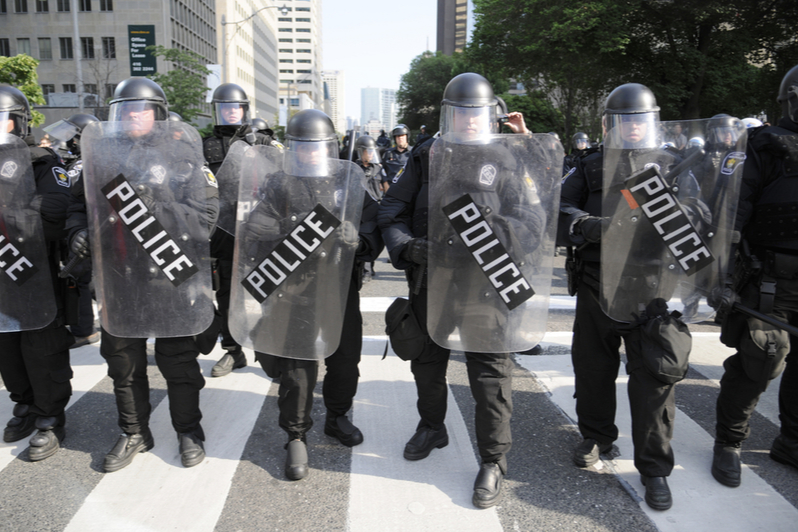 In the days following the killing of George Floyd in Minnesota, thousands of protests broke out across the United States seeking justice for ages of mistreatment in the form of police brutality. Over a two week span, more than 14,000 individuals were arrested and hundreds of millions of dollars in damages were reported by large cities. In addition to causing property damage, some protests turned violent and resulted in the deaths of 26 individuals – both law enforcement officers and civilians.

As the protests continued, many people asked how law enforcement planned to control them. In Michigan, the state police and local law enforcement agencies responded to the protests, attempting to make tactful decisions. Unfortunately, not all of them were successful. Now, weeks after the protests subsided the question is whether or not the police learned anything about controlling protests in Michigan.

In an ideal world, all protests would be managed by police in a peaceful manner. However, negotiation and peace talks are not always conducted correctly or openly received. Across the country, police have found that having a working relationship with protest organizers is key to success. Building relationships takes an abundance of effort and time from law enforcement. They must proactively reach out to the community and invest in educating themselves regarding the causes the groups are championing.

Are there Benefits to A Police Enforced Curfew?

In some situations, there is a necessity for the police to enforce a curfew in order to keep civilians safe. Following the death of George Floyd, violence began after the primary group of peaceful protesters went home after dark. As a result, more than 200 cities in the United States enforced a curfew. According to law enforcement officials, however, curfews are only effective when they are managed with balance. If a curfew is in place too long, it becomes viewed as oppressive and can spark additional anger, frustration, and rioting.

When Do Michigan Police Implement Use of Force?

Use of force is typically the last resort in terms of controlling protests. When law enforcement shows up to a protest with the intent of running the crowd out, things can turn ugly quickly. In fact, some law enforcement officials believe that the best response to a protest is no response at all. Police presence in general has been known to increase the severity of violence and rioting.

If Michigan police and other law enforcement agencies across the country have learned anything about protests it is that the situation needs to be addressed from the roots. If a protest is happening, it is because there is an underlying issue that needs to be examined. When law enforcement makes the effort to learn about the issue and engages in conversations with the community, there is less of an outcome of violence.

Despite the effort from Michigan law enforcement, not all protests end perfectly. If you have participated in a protest and feel your civil rights were violated, you are in need of a legal consultation. Although it’s difficult to build a case against law enforcement officials, the right legal team will be able to create a viable strategy that stands up in court.

In Michigan, the attorneys at Christopher Trainor & Associates have been practicing law for more than twenty years. All of the legal professionals at our office care deeply about each client and believe that no one person is more important than the next. For that reason, we do whatever it takes to help you succeed.