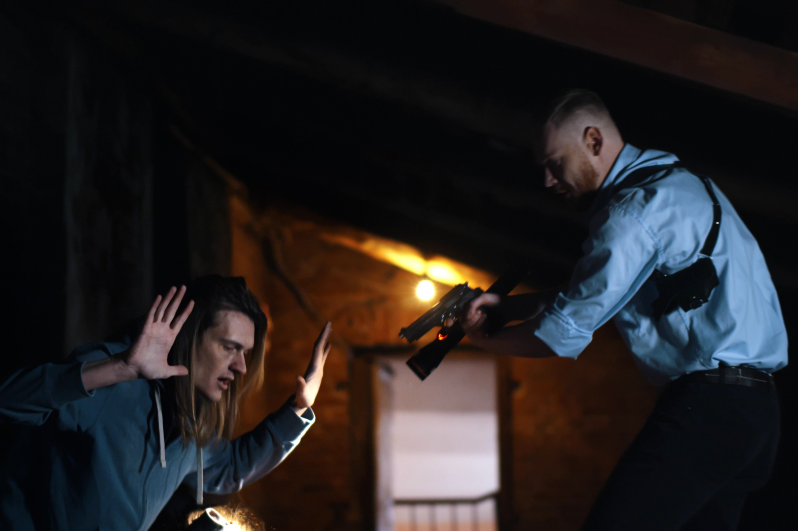 Throughout 2020, dozens of cell phone videos surfaced online of police officers using excessive force against citizens and protesters. While we can establish that putting pressure on an individual’s neck with a knee is excessive force, many people wondered if an officer pointing a gun at them qualifies. As with most legal matters, it all depends on the situation and the circumstances leading up to the incident.

If you believe that you were the victim of excessive force from police officers, you must reach out to a police brutality lawyer. Remember, you still have legal rights, and if they were violated, you might be eligible to receive financial compensation. Working with an attorney is the best way to determine what your legal standing is throughout the case.

Excessive Force and the Fourth Amendment

The Fourth Amendment prohibits the use of excessive force during an arrest, investigatory stop, or other seizure. Police officers are typically trained that unnecessary force also constitutes unreasonable force. The terms excessive, unnecessary, and unreasonable are largely interchangeable.

To prove an excessive force claim under this amendment, you must prove that a seizure occurred and was unreasonable. You have to show that the officer did not use an appropriate amount of force given the situation. Whether citizens or not, all people in the United States have the right to be free from excessive force by police and other law enforcement officers.

Whether the officer used a reasonable amount of force during the incident is a factual issue the jury determines after the prosecution and defense present their facts and arguments.

When Could Pointing a Gun Be Excessive Force?

It is most likely a violation of your Fourth Amendment rights for an officer to aim their loaded gun at you if the alleged crime is minor and nonviolent. It may also be a violation if you do not pose an immediate threat to the officer and you’re not actively trying to resist arrest. Keep in mind that the facts determine whether it’s a constitutional violation, not opinion or personal distress, so it’s best to have an attorney review your case.

Pointing a firearm directly at a person entails the immediate threat of deadly force. This means that the act of pointing a gun should be perceived as the officer believing there is a risk of injury or death to themself, other officers, or other citizens.

In Holland ex. Rel. Overdorff v. Harrington, the circuit court stated that if a person followed all of the officer’s rules without resistance, the officer would have no reason to believe that the person posed a danger. In this instance, it may be excessive and unreasonable to aim a loaded gun at that person.

If you feel that your Fourth Amendment rights were violated by a police officer pointing a gun at you, don’t hesitate to reach out to the Michigan Legal Center. Our police brutality lawyers have extensive experience handling these types of cases and will do whatever it takes to ensure justice is served. Our knowledgeable team of experts will work tirelessly to fight for you and your case.

Call (248) 886-8650 or complete our online contact form to schedule your free consultation today.