How a Civil Rights Attorney Can Help After a Wrongful Arrest 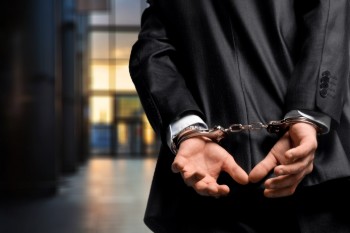 Being falsely accused of a crime is a terrible experience to go through. The reliance on facial recognition technology has produced instances where innocent people have been falsely accused of crimes they didn’t commit. This technology has been shown in some cases to have a racial bias because the technology is less accurate when it comes to identifying minorities. Therefore, the potential risk of being falsely arrested increases each day. Let’s consider the standards of false arrest and how to cope with that situation.

What Should I Do If I’m Stopped By Police?

If you’re stopped by police, understand that they have the right to detain you and to perform a patdown for weapons or contraband based on reasonable suspicion. This is called a Terry Stop, a term that originates from the U.S. Supreme Court case Terry v. Ohio. This standard does require specific facts and relies on undefined suspicion alone. The police are also free to ask anyone for identification at any time.

Because police are under pressure to demonstrate productivity when it comes to arrests and conviction statistics, lawmakers trust their judgment to focus on actual criminals rather than innocent individuals. Nevertheless, misidentification and other factors can lead to unwanted and unauthorized attention from the police.

What Does Probable Cause Mean?

The Terry Stop standard of reasonable suspicion is lower than the concept of probable cause. Probable cause is the standard used to arrest someone based on the reasonable belief that they committed a crime. They do not have to commit an actual crime in order to be found in violation of the law.

There are many inchoate crimes that demonstrate the planning and substantial steps necessary to carry out a criminal act. Probable cause is a very fact-specific question that would view the arresting officer’s actions in comparison to a reasonable person exercising caution.

What Are My Legal Rights During an Arrest?

When you’re arrested, you have the right to remain silent and to request an attorney. If you don’t have the means to pay for an attorney, the officials must appoint an attorney to represent you.

Police have a very specific role in our criminal justice system. They can apprehend criminals, stop active crimes, investigate suspicious behavior, and hold suspects in detainment for a 72-hour period before a judge can decide on their release. Therefore, when suspects are arrested without probable cause, the damages are limited to the false arrest and false imprisonment when they’re detained.

What Happens When Police Overstep Their Bounds

Police officers do sometimes overstep their authority. It’s important to pursue cases like this in a court of law. If you’re the victim of police misconduct, what should you do about it? It’s crucial to gather as much documented evidence as possible because juries today expect hard evidence to be presented to them.

Bring all of the evidence you possess to an experienced police misconduct attorney. It’s important to consult a legal expert to determine what kind of case you have. They will know how to approach your case moving forward.

Find an Experienced Lawyer To Help You

Cases against law enforcement agencies are complex and can be difficult to prove, which is why it’s crucial to get the right lawyer. The attorneys at the Michigan Legal Center have helped residents for the last two decades present strong police brutality and police misconduct cases.

Call 1800-961-8477 for a free consultation with an experienced lawyer. Christopher Trainor & Associates are happy to answer any questions you have and advise you on the next steps you need to take to receive compensation after a bad experience with law enforcement.