Police Officers are Rarely Convicted of Shootings that Kill 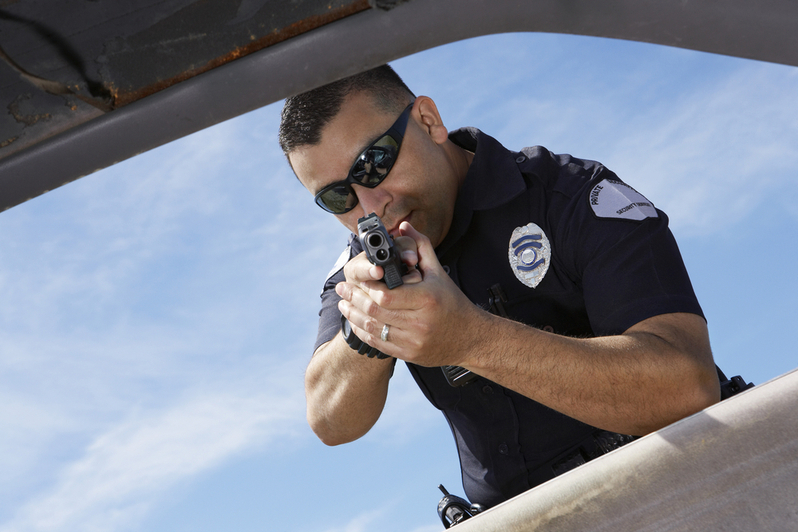 Earlier this year, Florida police officer Nouman Raja was tried in court and convicted of manslaughter in the fatal shooting of a black motorist, Corey Jones. This conviction was welcomed by the grieving family and activists supporting them, as criminal charges against police officers rarely result in a guilty verdict.

How often are police officers accused of deadly shootings?

Police officers are rarely brought into court for deadly shootings. According to data gathered by a Police Integrity Research Group — led by Phillip Stinson, a criminal justice professor at Bowling Green State University — police officers shoot and kill between 900 and 1,000 people per year. This research examined how juries, prosecutors, and judges have tended to react toward police shootings and looks for patterns between these shootings and police arrests that follow.

Stinson elaborated that these shootings are never done under the same set of circumstances, which vary from one case to the next.  “I think the best thing that might have come out of the data we’ve been gathering is that people used to think of these shootings as one-offs,” Stinson noted. The research shows that this is clearly not the case.

Their data shed light on the fact that only 35 of the 98 non-federal law enforcement officers that have been arrested since 2005 have been convicted of a crime – usually for offenses like manslaughter or negligent homicide. Only three of those 98 got convicted of murder.

Why are police officers so rarely convicted of murder?

Police officers rarely get a murder conviction because they have a clear understanding of what constitutes a justifiable shooting while they’re on duty. Police academies teach these legal standards in detail, so officers are fully aware of their limits.

What used to be a standard of police officers merely feeling afraid for their lives now has stricter guidelines. Thanks to a 1989 Supreme Court case, Graham v. Connor, objectively reasonable police officers now must believe there to be a lethal and deadly risk before firing their gun.

By 2016, many federal, state, and local offices have been taken by candidates who want closer scrutiny of any illegal activities by police. In Chicago, the state’s attorney, Anita Alverez, was replaced by an activist candidate because she refused to release to the public a tape showing a Chicago police officer who shot and killed victim Laquan McDonald.

Slowly but surely, voters are creating change by coming together to demand that elected officials examine and prosecute police corruption and lawlessness.