Are Other Police Officers Responsible for Stopping Police Brutality? 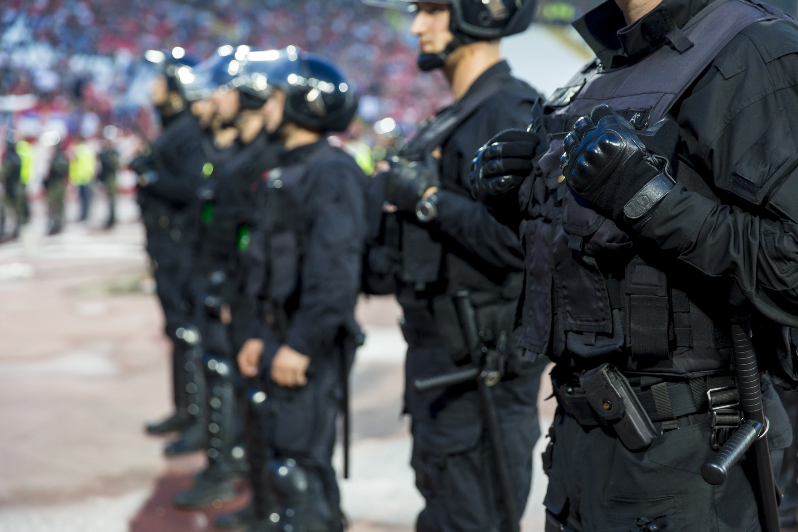 If you are the victim of police brutality, reach out to a skilled Michigan attorney right away. They may be able to help protect your rights and seek justice on your behalf.

What Is Police Brutality?

Police brutality is the use of excessive force by law enforcement. It’s an extreme form of police misconduct and a civil rights violation under the Fourth Amendment. The use of excessive force can result in broken bones, wrongful death, and psychological trauma. In general, police brutality is when an officer uses more power than is reasonably necessary to apprehend a suspect.

Police officers can use whatever power they deem necessary to protect themselves and others when making an arrest. Unreasonable measures are what constitute police brutality. For instance, officers who beat a suspect who is complying with their demands are using more force than necessary. Some other examples are:

Finding an officer guilty of excessive force depends on the facts surrounding the case. In court, a judge will typically instruct a jury to determine if a reasonable person would have used a similar amount of power if they were in the officer’s situation.

Can I Sue for Police Brutality in Michigan?

You can sue a police officer for using excessive force in a Michigan civil court. In a civil case, you and your attorney must prove liability by a preponderance of the evidence, meaning it is more likely than not that it occurred. Conversely, the officer must prove by the same standard that they had justification to use as much force as they did.

Proving this on your own will be hard, and you’ll need substantial evidence to back up your claim. Evidence can come in many forms, such as witnesses’ videos or photos, police body cams, or security footage. You might have to subpoena the footage, so it will be in your best interest to hire a Michigan police brutality lawyer.

Should Police Officers Hold Each Other Accountable for Misconduct?

Officers are not required to be responsible for others’ actions, but they should hold fellow officers accountable for misconduct and brutality. Law enforcement serves a vital role in the community, and for too long, they have not been held responsible for severe mistakes, bias, and unnecessary violence. This lack of accountability has deteriorated trust in police in communities across the country, causing people to fear officers rather than depend on them.

Officers should also step in when they notice another using excessive force. When officers step into a situation, they’re showing the local community and country that the officer does not represent the majority of police who want to protect citizens.

If you feel that your Fourth Amendment rights have been violated, don’t hesitate to reach out to the Michigan Legal Center for assistance. Our police brutality lawyers have over 20 years of experience handling these cases and will work tirelessly to defend your rights. We’ll investigate your case and determine the best course of action moving forward.